After you have gained a level you can, if you choose, spend your stat points towards building the character you always wished you could be in real life. On this server, since it is balanced, players receive 10 stat points per level. You will see some new players complain about this since they are used to getting upwards of 30 stat points per level on other servers. Once you play here awhile you will clearly see why 10 stat points is fair. It means once you attain level 201 you have 2000 stat points. Very few players make it to level 200. It is worth noting here that the statistics are stored server-side and not on your home computer. The name you join with is recorded along with your CD-key on the server and your character is your name. If you want a new character, you can just change your name and rejoin the server and you will be level 1 again. At any point you can change your name back and continue playing a character you have already started. Because it is based on your CD-key, you will not be able to login and play as your own character when using another computer that has UT2004 installed but uses a different CD-key.

Quick note on statisics and skills: Since invasion is PvE (Player Versus Everything), some of the PvP (Player Versus Player) skills are less than useful. The model code for the players is different than the code for the monsters so skills that affect other players tend not affect monsters, or not affect them as much. An example would be Ultima, in PvP it's devasting to essentially nuke any player that just killed you, including surrounding victims. In PvE it tends to kill very little proportionally. Still useful, but less than ideal. Another example is Denial 1. When you die you drop your weapon, in PvP this means when someone kills you, they could grab your gun and use it. Denial 1 prevents you from dropping your weapon, but you do not get to keep it next wave as you would with Denial 2. Since new players tend to drop many weapons, allowing more powerful players to pick them up for a stack (See 'Stacking' later on), Denial 1 is actually a detriment to the UTRPG Invasion Team game.

The Keybind to access the Level Up/status screen is 'L'. If you have downloaded the UTRPG mod and installed it yourself, then you can change it.

Once pressed you will see what stat points you have spent on which stat. The levelling screen is divided into two sections. One for stats and one for skills. The skills have a small scroll bar that you can use to navigate the different skills. You will see a small 'Info' box that when clicked, will tell you about the skill that you have highlighted. If you click on the 'reset' button, you will lose all your levels and stats. It does not put your stat points back into your available points, they are gone. The 'See player Levels' box allows you to, well, see the levels of the other players. The stats selectable for upgrade are as follows (In brackets is the in game slang/short form we use for the stats):

Weapon Speed (WS): A percentage faster rate of fire. IF you like to spam the flak, this is your stat. Keep in mind faster fire means faster ammo expenditure. On this server the WS is limited to 200. That's 300% your default rate of fire.

Health Bonus (HB): For every stat point you point that you put into HB you will get 2 more HP when you spawn. A player with 1 stat point into HB will spawn with 102 Hit Points (HP) the next time they spawn. On this server the HP is limited to 500.

MaxAdrenaline (MA): By default you have 100 MA. Adrenaline is what players use to perform adrenaline combos in game or to power artifacts.

Damage Bonus (DB): This stat is hailed as the king stat. The reason being is simply because we XP based on damage, more damage = more/faster XP. Each stat point in DB give you 0.5% more damage per shot. This may not seem like lots but it adds up. As a thought, once you have 200DB it is effectively like having a Double Damage on all the time, no matter the weapon. Of course, this means any self damage is also increased proportionally. On this server the stat-cap for DB is limited to 500.

Damage Resistance (DR): Exactly the opposite as DB in that it reduces the damage that you take. For example, at 200 DR you have essentially 100% damage resistance so anything without DB cannot hurt you. [If you had 0 DB and 200DR, none of your own shots would hurt you]On this server the stat-cap for DR is 500.

Max Ammo Bonus (MAB): This effect the maximum carrying capacity of ammo types for weapons. For example by default the Rocket Launcher hold a maximum of 30 Rockets when full. With 50 MAB, it now can hold 45 Rockets. It also affects your ammo pick-ups proportionally. Instead of picking up a Rocket Pack from the ground for 10 more rockets, you would get 15.

It is up to you what you want to buy. Many players have very strong opinions about what stats are worth developing. Though it is good to receive input remember: The character you are building is ultimately YOURS. You are here for fun and an escape from the lameness of real life, don't bow to peer pressure just because you think the person offering the advice is an expert. That may be, but they cannot judge for you what YOU will enjoy. Some people confuse advice with dogma.

We enjoy a large selection of skills that we can purchase to help us build our characters. Below the stats readout on the stats screen (Remember, press L) you will see a scrollable list of skills. Next to the list is a 'INFO' button. Highlight a skill then select 'Info' to see a readout of what the skill does and what it's prerequisites are. Many skills have a prerequisite, a certain level or certain stat that you require before you can purchase it. This is normal for many RPG type games. A level 2 player should not have the power of 'Ultima' as a gross example.

These skills are important and most players with experience tend to buy certain skills no matter what type of player-build they are working towards attaining. Examples of these are:

Denial 2: Allows you to keep the weapon that was in your hand when you died. Almost essential, this skill is purchased by over 90% of the players.

Vampirism: Cheap and allows you to heal yourself by doing damage, this includes shooting teammates for health. Since we do not use Friendly Fire, most people heal themselves with Vamp. In between waves you will see people shooting each other with weapons to heal themselves. Please do not use concussive weapons to vamp with. Use the the Assault Rifle or Minigun to vamp. All the other weapons will shift the player you are vamping around, annoying them intensely. The act of healing yourself by shooting something is called 'Vamping'

Resupply: An empty gun is a useless gun. Without resupply many characters become overly map dependant, being disqualified from doing well on maps that do not have many ammo pick-ups. This translates to a lot of: "OMFG This m4pz the Suxz0rz no ammo !!!111!."

Many players are highly successful without these skills, and really it is still up to the player, but the listed value is obvious and the choice is, of course, yours.

You cannot toss out negative weapons. They are considered to be 'Cursed' weapons. Anyone who has played pen and paper RPGs knows this.

All the limits listed below are for Magical Weapons only, not weapons of power. For 'Weapons of Power' seeing the heading below.

Healing: Each shot heals you or a teammate for 2 hp. A healing weapon +2 heals for 4 hp etc. The maximum you will see for this type of weapon is a +3

Poison: Poisons the monsters. The jury is out on how much damage this does exactly, but it's enough that if you tag enough monsters, you will XP from the damage. Some people think it has DB applied, others do not. I do not know. I cannot tell you how long the poison lasts. (If someone knows these things, PM me and I will fix this)

Protection: Each + on a protection (pro or prot) reduces the damage you take my 10%. This does not mean that it is like having 20 more DR. The code is applied before your stats.

Misfortune: You will only see -1 for misfortune. It does the same damage as a normal weapon but it destroys anything around you. Artifacts, Power ups, Weapon spawns. Needless to say, if you get one, don't use it.

Lucky: Spawns ammo, health, DD around you. Maximum of +3. The higher, the higher the spawn rate.

Force: Each + for force is 20% faster movement of the projectile. Maximum of +5. Useful for making sure you can hit monsters with slow moving weapons, like the rocket launcher or the link primary fire.

Penetrating: Penetrating allows you to through monster and player models. It can only be found on: Assault Rifle, Minigun, Shock Rifle, Sniper Rifle and Lightning Gun. Instead of just hitting the target in front of you, you will hit the targets behind it as well. It tends to have a secondary blowthrough effect.

Piercing: This allows players to shoot through the shield of enemy player. It does nothing to Monsters. The Reason is that the Model Code used for the Players and the monsters is different. Many new players still apply it, falling victim to the placebo effect. Just remember, it does nothing in a PvE games except allow you to shoot through your own shields, hurting yourself more from self-fire.

Weapons of Infinity: All these weapons do is make your weapon have infinite ammo, basically like having 1 inf pu on a WoP.

In the game you will encounter may artifacts that drop from Monsters and other players when they die. Some get used up once you enable them, while others are used by draining your adrenaline supply. The commands to use them are the same as for applying PU to Wops. Anything bound to ActivateItem will activate them. This server has an Admin-set limit of 12 Artifacts. This means if you are holding onto 8 of them, you are withholding other players from collecting artifacts. This is called hoarding. Though not against the rules, it might get you classified as an asshat. For a list of Artifacts see: List of Artifacts.

These artifacts are required to be used in conjunction with other artifacts to achieve the intended result. For example, to open the Powerups Chest you need the Powerups Key. And, to give all players a Magic Wand, one player must have all 4 letters 'W' 'A' 'N' 'D'. 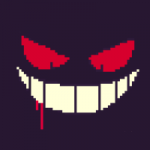